This cartoon is part of the DES Y3 #Darkbites social media series. It was drawn to illustrate a paper, led by Shivam Pandey, which describes the modeling used in the combined analyis of galaxy clustering and the cross correlation between galaxy positions and weak lensing shears, also known as a 2x2pt analyis (because it involves two kinds of two-point correlation function). The paper’s title is, “Dark Energy Survey Year 3 Results: Constraints on cosmological parameters and galaxy bias models from galaxy clustering and galaxy-galaxy lensing using the redMaGiC sample” (arXiv:2105.13545). 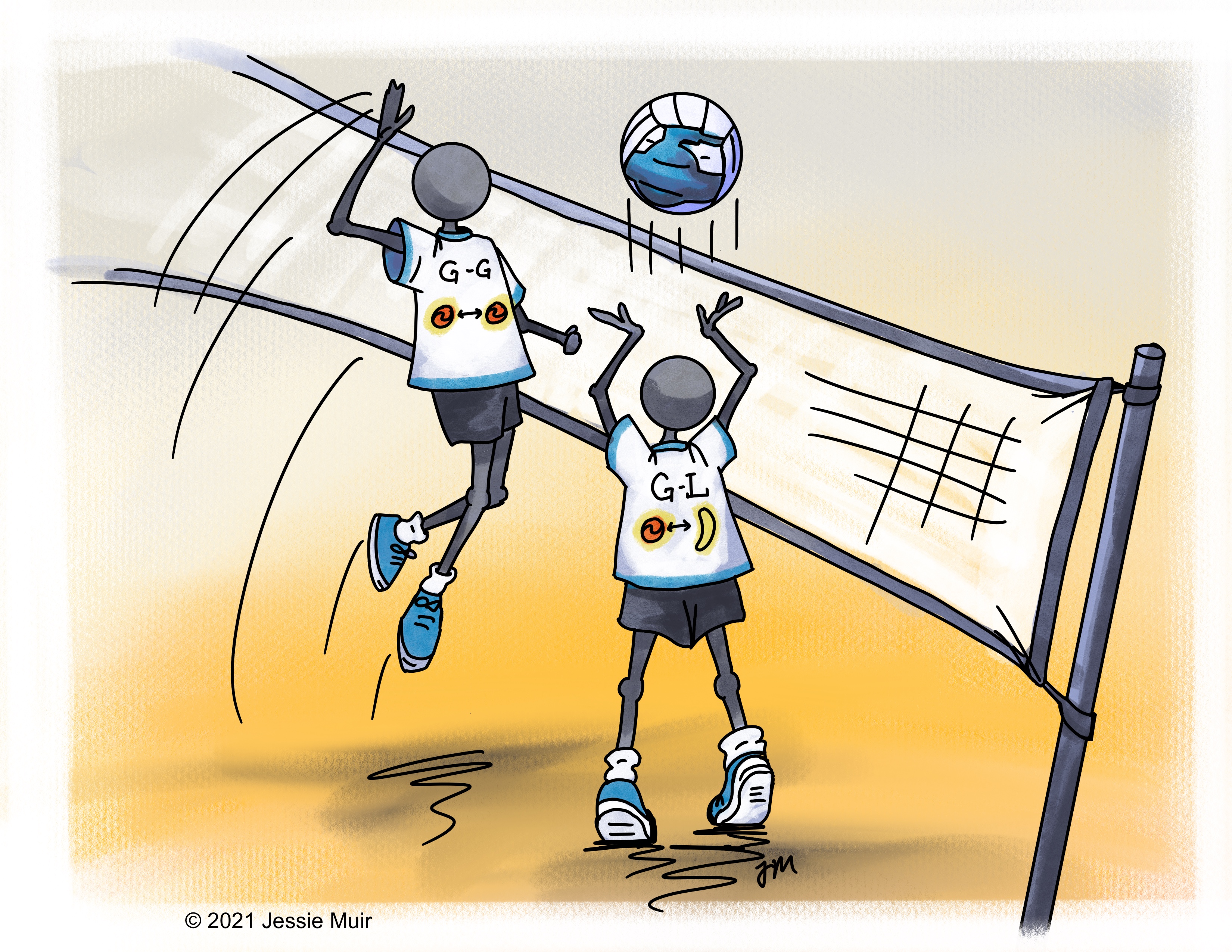 The clustering of galaxies and lensing of light by dark matter around galaxies are two probes to study properties of the Universe. Each probe has different types of uncertainty in connecting the observations to fundamental physics.

This means analyzing the probes together tells us more than either measurement can on its own.

Here’s a version of the illustration without the hashtag: