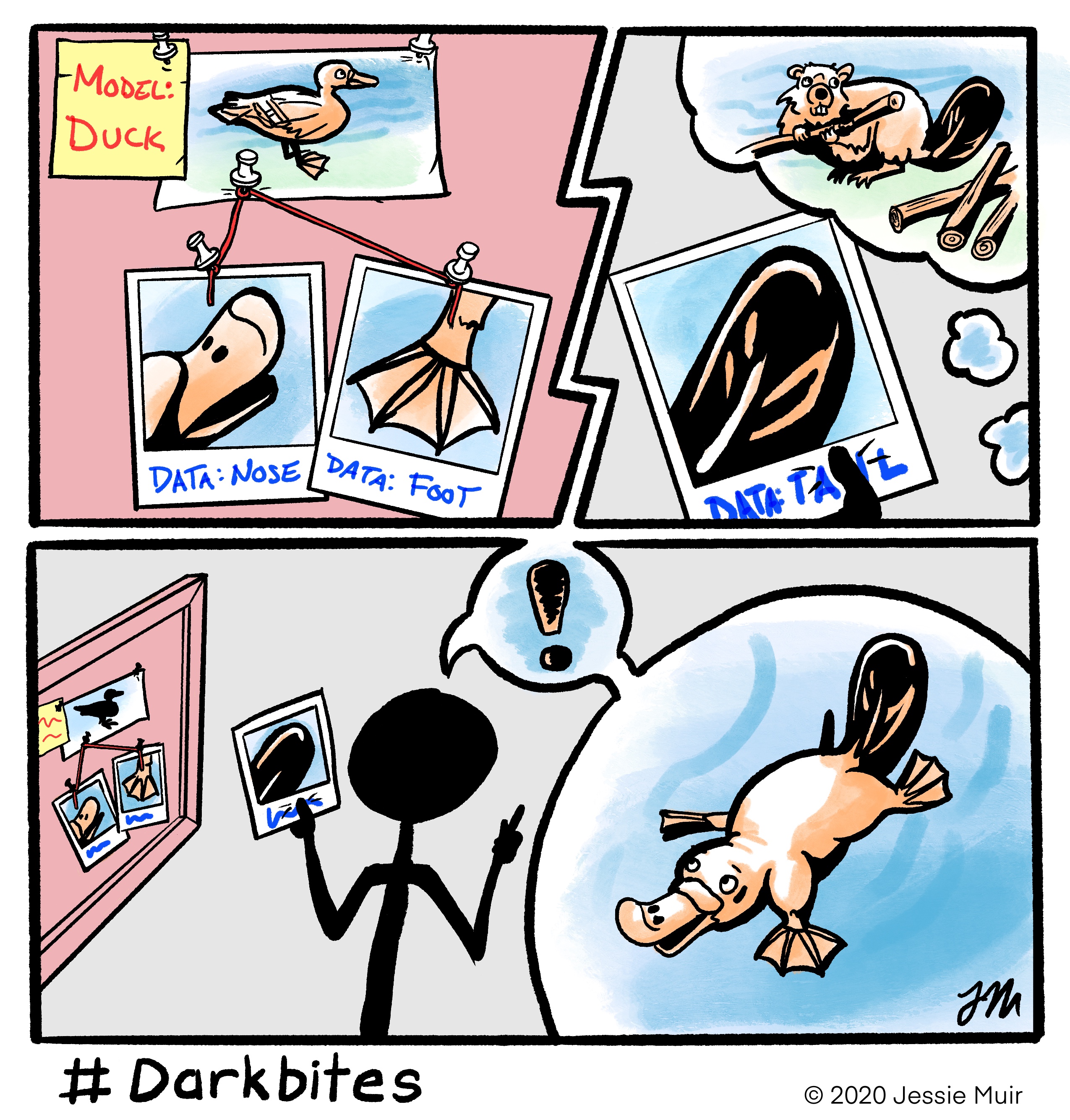 This cartoon is part of the DES Y3 #Darkbites social media series. It was drawn to illustrate a paper about the method used to check for tension between cosmological constraints made with different datasets. The paper was led by Pablo Lemos and Marco Raveri and is titled, “Assessing tension metrics with Dark Energy Survey and Planck data.” (arXiv:2012.09554)

Different measurements of the large-scale Universe give us pieces of a big picture describing its properties. If DES results don’t match what we expect from other observations, we might have discovered something new!

I’ve also made a version of this cartoon with the labels in Spanish: 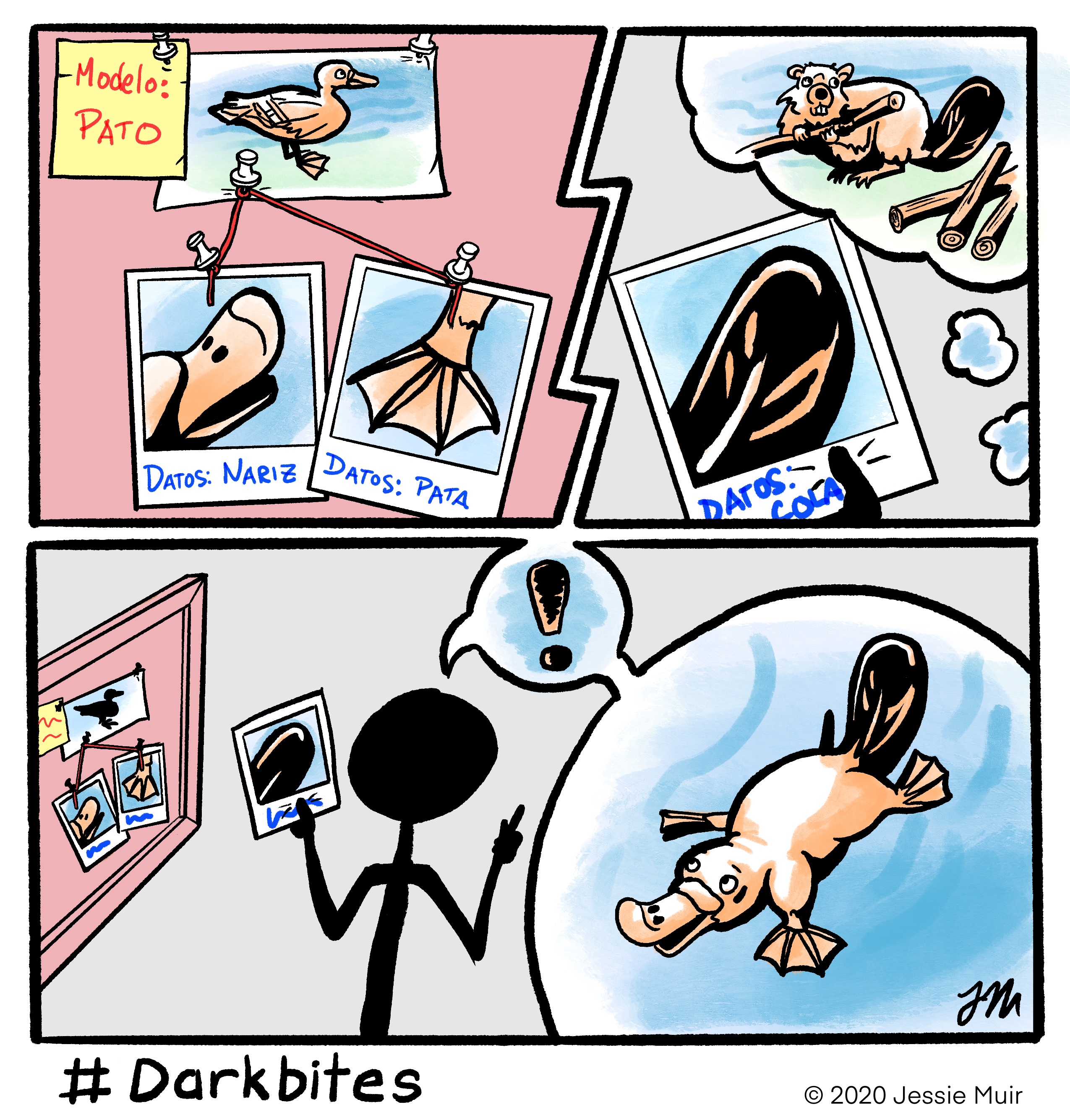